Most shales (common name applied to fine-grained varieties of sedimentary rock formed by the consolidation of beds of clay or mud) exhibit fine laminations that are parallel to the bedding plane and along which the rock breaks in an irregular, curving fracture. Most varieties of shale are colored in various shades of gray, but other colors, such as red, pink, green, brown, and black, are often present. Shales are soft enough to be scratched with a knife and feel smooth and almost greasy to the touch. Many shales yield oil when distilled by heat, and the sedimentary rocks containing larger quantities of oil are called oil shales. Widely distributed throughout the world, oil shales are a source of oil for countries lacking petroleum. 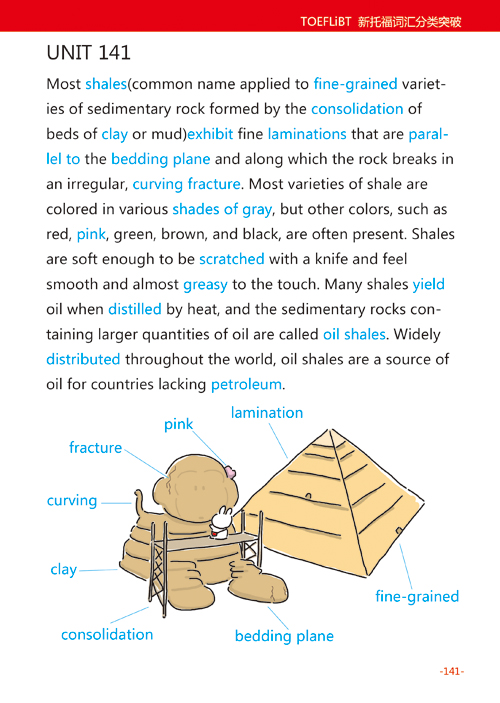