The Green Corn Ceremony was an annual renewal and thanksgiving festival performed by the Cherokee, Creek, and other Southeast tribes. It was held in mid- to late summer, when the corn was ready for roasting. The ceremony lasted from four to eight days and included ritual fasting, dancing, and feasting. Old fires were extinguished, and a new sacred fire was lit from which every household obtained fire. New tools, weapons, and clothing were made. Wrongdoers were forgiven for most crimes except murder. A beverage known as the Black Drink — so named by English traders because of its dark color — was believed to purify spiritually all those who imbibed it. Different tribes had different recipes for this ritual tea, made from varying species of holly, tobacco, and other plants. 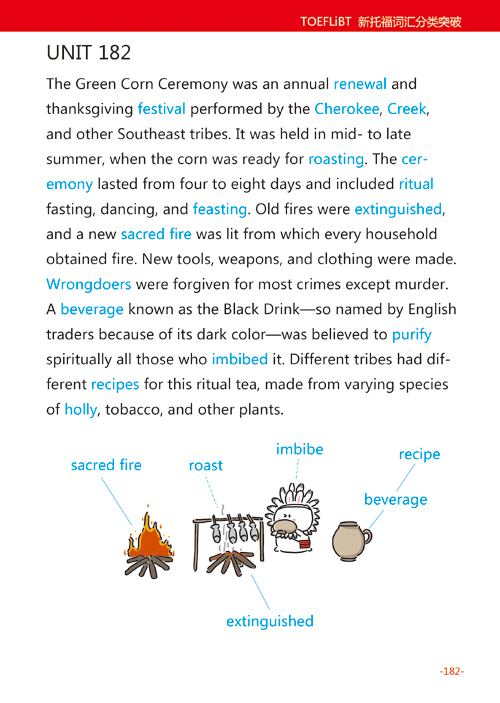