The three major subdivisions of the world ocean are the Atlantic Ocean, the Pacific Ocean, and the Indian Ocean, which are bounded by the continental masses. The two minor subdivisions of the world ocean are the Southern Ocean, bounded by the Antarctic Circumpolar Current to the north and Antarctica to the south, and the Arctic Ocean, almost landlocked except between Greenland and Europe. From the shorelines of the continents a submerged part of the continental mass, called the continental shelf, extends sea ward an average distance of 75 km; it varies in width from nearly zero to 1, 500 km. The shelf gives way abruptly at a depth of about 200m to a steeper zone known as the continental slope, which descends about 3, 500 m. The continental rise, a gradually sloping zone of sediment that is considered part of the ocean bottom, extends about 600 km from the base of the continental slope to the flat abyssal plains of the deep-ocean floor. In the central parts of the oceans are the midocean ridges, which are extensive mountain chains with inner troughs that are heavily intersected by cracks, called fracture zones. The ridge system seems to merge into the continents in several areas, such as the Red Sea and the Gulf of California, and such areas are regions of great geologic activity, characterized by volcanoes, or earthquakes and faults. The midocean ridges play a key role in plate tectonics (movements in the earth’s crust), for it is from the inner troughs of these ridges that molten rock upwells from the earth’s mantle and spreads laterally on both sides, adding new material to the earth’s rigid crustal plates. 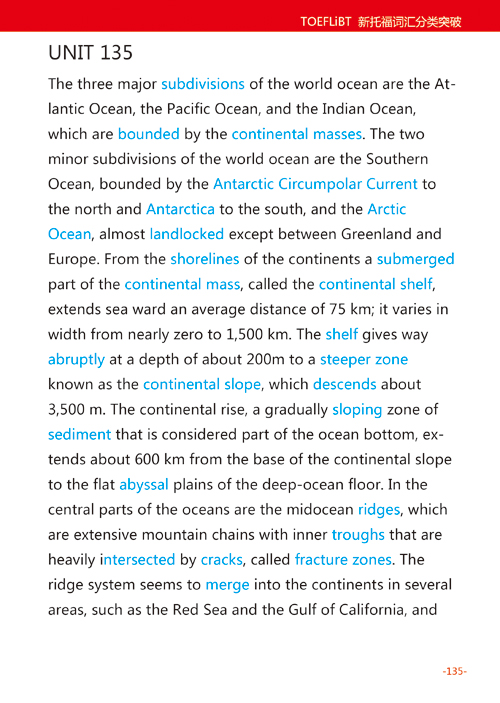